A court order issued by the Federal Supreme Court (STF), signed by Minister Carmen Lucia on the afternoon of October 21st determined the suspension of the eviction of thousands of peasants from the Tiago Campin dos Santos area, located in Nova Mutum Paraná in Rondônia and also the immediate withdrawal of police troops.

Expulsion of more than 800 families was being carried out by about 3,000 police officers since 10/10, impasse far from ending once the peasants had already stated that they would fight for the land and made several resistance actions such as burning bridges and barricades on the road.

In these last days of the operation “Nova Mutum”, which was supposed to fulfill the eviciton order, a series of attacks, aggressions and illegalities were perpetrated by the National Public Security Force of Bolsonaro and the most diverse military units belonging to the Military Police of Rondônia (PM- RO) from Marcos Rocha, according to numerous reports what was actually being prepared was a massacre against the peasants organized by the League of Poor Peasants (LCP).

A cowardly siege prevented families from having access to food, residents of the region and even a councilor denounced the police truculence. On the 19/19, the troops invaded the pieces of land of the peasants at night demanding that they should leave, without a justice officer being present. However, families kept mobilizing and even the part of the peasants who were concretely evicted during the illegal action, were not intimidated and held a meeting on the place to denounce the atrocities promoted by the troops and organize the lives of the masses gathered by requiring access to groceries and health care.

The Brazilian Association of Lawyers of the People (ABRAPO) along with several entities repudiate and denounce the continuation of the operation war against the peasants even before the resolution of the STF on the suspension of the eviction and withdrawal of the police contingent.

The organizations make a call to the partidaries in the struggle for land to demand the end of the “arbritary, truculent and illegal” operation, denouncing it through the mediums listed at the end of the matter.

In a note emitted by the Popular Assembly (AP) of the Areas Tiago Campin dos Santos and Ademar Ferreira, still on 02/10, families have already affirmed: “We make clear, once again, that we will not leave here, these lands are of the people and we will fight for them.”

A Nova Democracia (AND) keeps carrying out the coverage of the conflicts with exclusive contents sent directly by the peasants of the region of Rondônia. 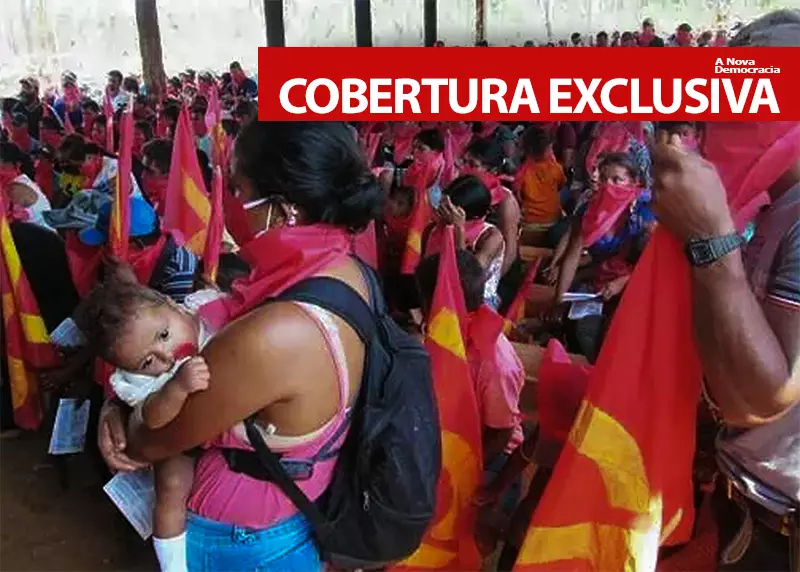