On the morning of today, October 21, the dirty tactics of dividing the masses of peasants in struggle applied by the forces of repression were frustrated before the organization and combativeness of the residents of the Tiago Campin dos Santos Area. A large assembly was organized by dozens of expelled families from the area that did not accept the situation of calamity imposed by the old state. 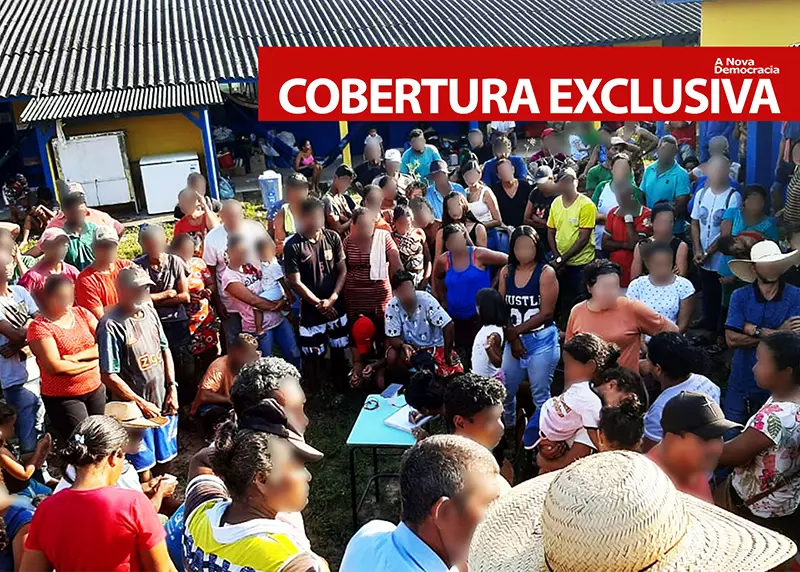 In an successful assembly, the peasants defined the accommodation paths and followed the mobilization. Photo: Database AND

The cops lied and promised the peasants that there would be conditions to lodge them all, if they accepted the eviction. After police violence, the masses also unmasked all the false promises of police troops. These various denunciations and demands were made shortly by the families of the Tiago dos Santos area. These peasants were taken to the Santa Julia School, located on a highway in the village of Penha, an improvised accommodation by the Municipal Secretariat for Social Assistance and the Family (SEMASF) of Rondônia.

As a fruit of the Assembly, the peasants systematized and reported attacks such as slaps, verbal aggressions, threats to children and disrespect to families. As soon as the peasants arrived they suffered attempts of intimidation by the police officers, who posed with rifles and pepper sprays at the entrance of the place. Several peasants, among them elderly and children, have malaria and pneumonia and still haven’t received medical care and adequate groceries.

The peasants also affirm that police troops did not allow the residents to withdraw their belongings such as: clothing, food, chicken, pigs, building materials and others. The police promised the presence of ‘human rights’, food and trucks, and according to the denunciations they didn’t fulfill a single promise. 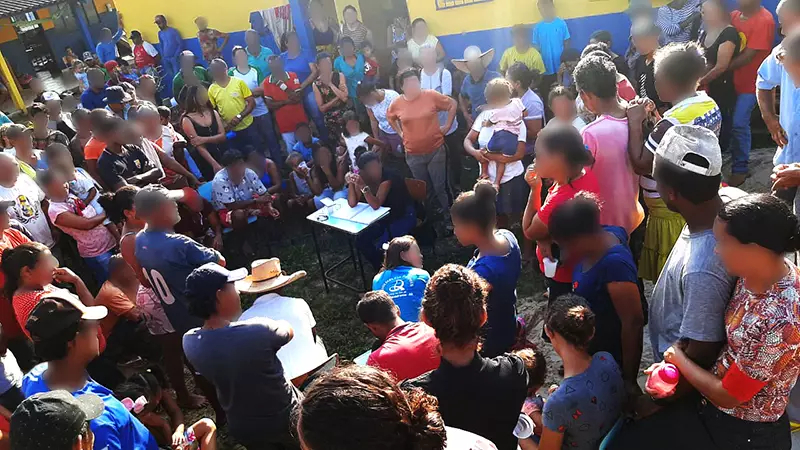 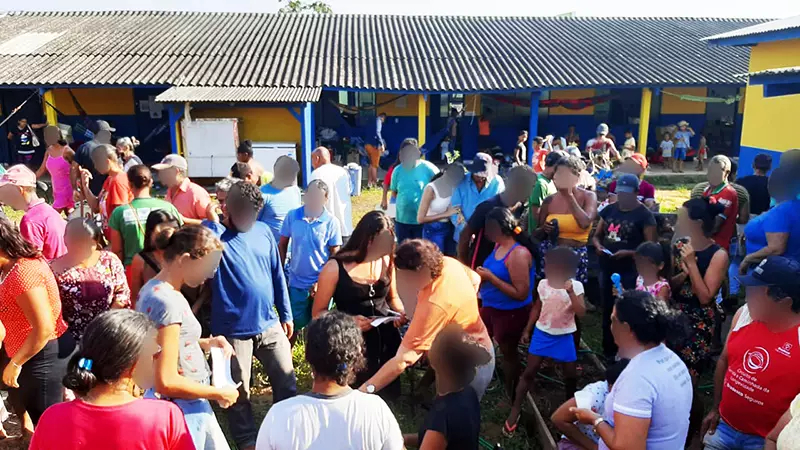 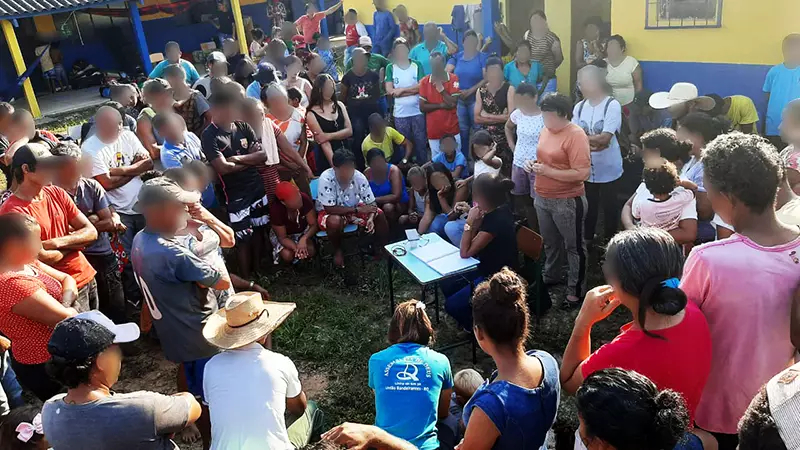 The workers also denounced that the defined place does not hold families who were evicted from their dwellings and that the Porto Velho Education Secretariat forbade them to use the kitchen, remaining only open-air unhealthy places for families to prepare their meals. On site there are no food and cleaning products. There was no place for the hundreds of people to sleep.

Faced with this, families, have already organized requirements as it appears in a list of items needed for peasants and location cleaning. The list was delivered to SEMASF, but they state that they have no conditions to provide. The organ workers sought to intervene for the peasants by triggering entities such as the Public Prosecutor’s Office and Public Processory, but did not obtain answers.

Even in the face of the police attempt to suppress the mood of the masses, the peasants were active in the numerous denunciations against the old state.

In the video sent to the Editors of A Nova Democracia (AND) it’s possible to listen to the main claims and what the peasants demand. 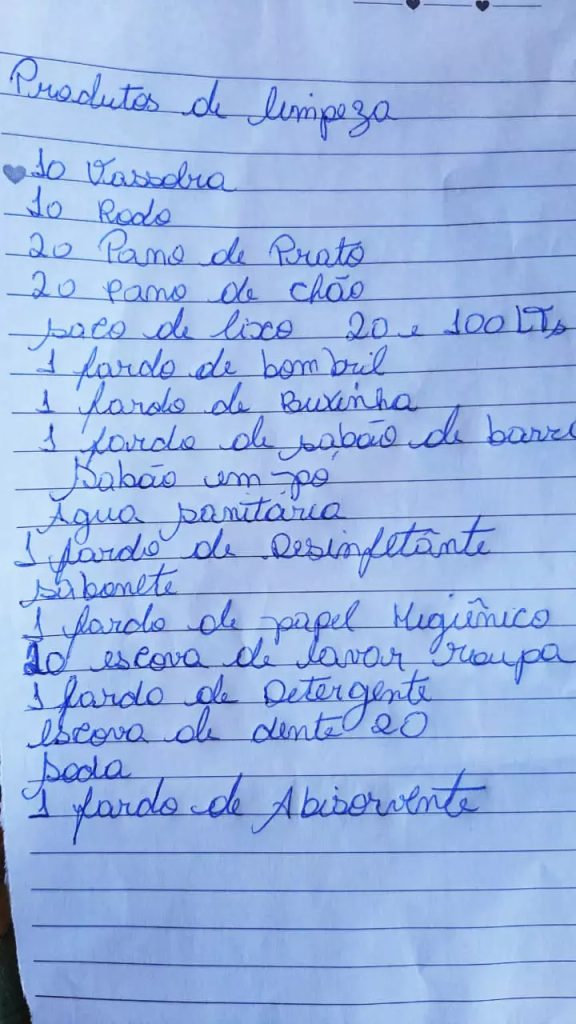 List of groceries required by families to keep themselves worthily in accommodation. Photo: Database AND 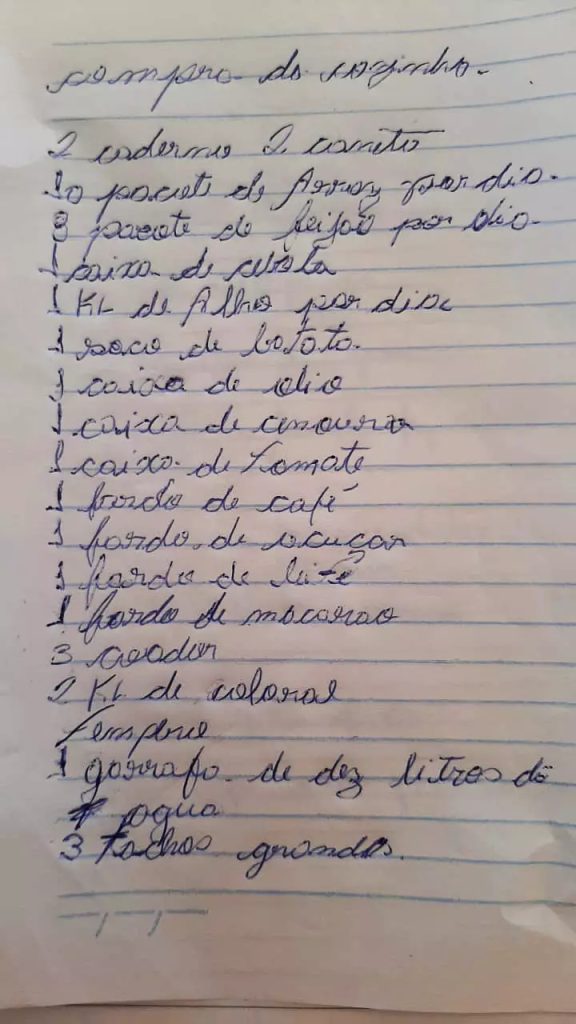 List of groceries required by families to keep themselves worthily in accommodation. Photo: Database AND

Police photograph the peasants of the area

The peasants subsequently report the arrival of the Public Defender of the State of Rondônia (DPE) to carry out the treatment of the families. However, many are fearful to be photographed, as the Military Police and the commander of the operation are on site, and are photographing people.

The City Hall workers claim they try to do what they can, however, there is no assistance from the old state, although they take items that they are raising, they say “we don’t account.”

The peasant families evicted from the Tiago Campin dos Santos area can face greater penury in the coming days as the school that houses the accommodation will initiate classes on Monday, 25/10.