“Government of Rondonia threatens new massacre in the Hacienda Santa Elina”, located in Rondonia in the Western Amazon, Brazil.

We denounce that the government of Rondonia headed by the governor, also a colonel of the Military Police, Marcos Rocha and the Secretary of Security Cisneiro Pacha, “the butcher of Santa Elina”, in recent days has unleashed a series of actions and preparations that point to a new sinister offensive of reaction against the peasant movement, which together with other events is gaining importance in the whole Western Amazon. This reactionary offensive against the peasant movement is taking place in the middle of the sharpening of the contradiction between revolution and counterrevolution and important developments of the political situation in Brazil.

In order to implement its sinister and sinister plan, the enemy needs to move certain public opinion in its favour, wielding the ghost of the events of August 1995, known internationally as the “Massacre of Corumbiara” , which the revolutionary peasant movement has defined as the “battle of Santa Elina”.

The revolutionary peasant movement carries out its own campaign as a counter-campaign to the reactionary campaign on the basis of “combat and resist”, raising the example of the heroic battle of Santa Elina for the land where the poor peasantry won a great political and moral victory for the peasant and popular struggle despite the massacre of the landowners and the repressive forces of the old state, which preyed on the blood of the poor peasantry.

Today, with this note, we urgently and immediately start the great international campaign of solidarity with the struggle of the revolutionary peasant movement in this particular region. It is important that democratic organisations, personalities, artists, etc. send their protests and denounce the Secretary of Security of Rondonia, Cisneiro Pacha “butcher of Santa Elina” and the governor of the state, Colonel of the Military Police, Marcos Rocha. In due course, we will be providing details, directives and developments of the campaign as soon as we receive the corresponding information.

As part of this campaign we will be publishing AND’s weekly editorials on the development of the political situation in Brazil. 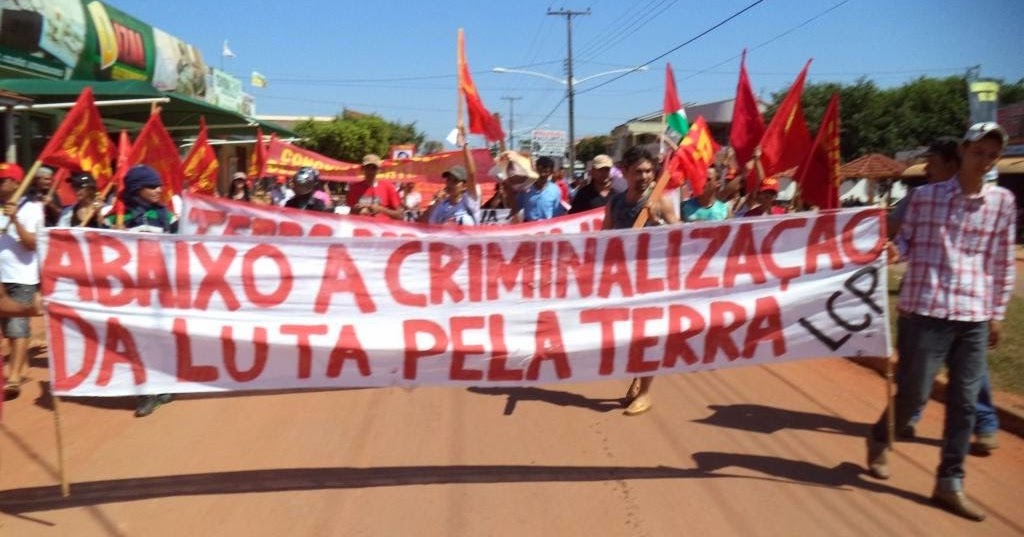