After almost 20 years of occupation, the Afghan people are driving out the invaders!

On 15 July, the flag of US imperialism was removed from the US embassy building in Kabul, the capital of Afghanistan, as Afghan National Resistance forces, led mainly by the Taliban, took control of the city. The expulsion of the invading troops and their bureaucratic machinery from the country’s capital comes almost 20 years after imperialism invaded and overthrew the Taliban government. The crushing US defeat, humiliating because of the disparity of the opposing forces, represents one of the major defeats of imperialism in the 21st century, and proof that its historic collapse is, despite its weapons, inevitable.

The main organised force in the Afghan National Resistance is the Taliban. This National Resistance was the relatively disunited and organically lifeless united front of all classes and groups in favour of a war of national resistance as a means of liberating the nation from imperialist colonial oppression.

After seizing control of 26 of 34 provincial capitals in just one week and laying siege to the capital, Taliban fighters occupied the Presidential Palace in Kabul, which had been abandoned by the pro-US government. Three Afghan “authorities” were present at the handover ceremony, broadcast live by the Al Jazeera media monopoly on its networks. According to the newspaper, the surrender of the capital took place without confrontation.

While the US puppet in the country, President Ashraf Ghani, fled Afghanistan claiming he wanted to “avoid bloodshed”, helicopters flew non-stop over the capital to evacuate US embassy employees. The embassy compound was engulfed in smoke from the burning of important archives.

On 14 August, when National Resistance forces captured neighbouring districts of the capital, US President Joe Biden announced the dispatch of 5,000 troops to help evacuate the officers. On 15 June, Defence Secretary Lloyd Austin ordered another 1,000 to Kuwait and redirected them to Afghanistan.

This brings the total number of US troops in Afghanistan to more than 6,000. It had been announced that the final withdrawal of US troops would take place on 31 August, as set out in the surrender agreement signed by the US with the Taliban in February 2020.

Seeking to avoid the catastrophic effect of another historic defeat, many US imperialist figures spoke out to alleviate the humiliation. “This is not Saigon”, even declared US Secretary of State Antony Blinken to the CNN media monopoly, because of the inevitable comparisons between this current defeat and the 1975 expulsion they suffered in Vietnam. Now as then, the U.S. military fled like rats, in a hurry, with helicopters overflowing with people and leaving many others behind.

Late in the afternoon of 15 August in the Central Asian country (early morning of 16 August in our country), about 500 employees of the US Embassy in Afghanistan were evacuated out of a total of 4,000 agents, both American and Afghan, not counting the families of these employees.

US allies and members of the North Atlantic Treaty Organisation (NATO), such as Canada, France and Denmark, also announced the suspension of their operations in the country and that they would transfer their diplomatic agents to Kabul airport. The situation is such that British imperialist Defence Secretary Ben Wallace has declared that British and NATO forces will not return to Afghanistan. He called the 20-year foreign intervention in the country a “failure”.

Francesca Mannocchi, an Italian journalist, posted a video of herself being evacuated to the airport by helicopter, with the caption “Kabul Airport. Evacuation. End of the game”. The Wall Street Journal (WSJ) reported that, according to the journalist, Afghans living in the capital stoned an Italian military convoy in the streets, ordering them to leave their homeland. Scenes like this, although censored by the reactionary world press, became widespread throughout the country as part of the Afghan masses’ rejection of foreign occupation.

The history of resistance and Afghanistan’s future

On 12 September 2001, the day after the 9/11 plot, NATO invoked for the first time in the history of the inter-imperialist coalition its Article V mutual defence clause, which states that an attack on an ally is seen as an attack on the entire alliance. This was US imperialism’s scam to concentrate a huge military force to invade the country, subjugate it, disrespect its self-determination (which had led to a Taliban-led government), all in order to exercise colonial-style rule there. Shortly afterwards, on 7 October of that year, the then US president George W. Bush announced the invasion of Afghanistan, followed by the overthrow of the Taliban government, which had begun in 1996, and the inauguration of Hamid Karzai, a puppet of US interests, as president of the country.

The Islamic Emirate of Afghanistan, as the Taliban call themselves, has its origins in the days when various guerrilla groups in Afghanistan were fighting against the revisionist social-imperialist Soviet Union, which had invaded the country in its hegemonic zeal. At that time, in the 1980s, he participated in the movement that overthrew the then president Mohamed Daoud, who subjected the Afghan nation to the interests of Russian social-imperialism. Because of this, Afghanistan became known as the “graveyard of empires”.

Under a jihadist orientation, guerrilla groups of young people and poor peasants organised guerrillas to fight and drive out the Russian social-imperialist troops, who had amassed 115,000 troops on the ground. Although feudal in ideology, the guerrillas united the entire nation around them against the foreign invader, who was defeated in 1989.

After the Soviet withdrawal, the guerrilla fronts split into bands commanded by military warlords, according to their landlord class nature. The Taliban continued to wage civil war to conquer territory and centralise power, fighting against other warlords.

In the year of the new invasion of Afghanistan, 2001, promoted by US troops, the Taliban occupied about 90% of the territory. This time, the group resumes guerrilla warfare against the invader. “We will return to the times of jihad and new guerrilla fronts will be established. At first, things may be easy for you [Yankees]. But the consequences will be very serious,” the then head of the group, Omar Mohamed, said at the time.

The masses will not throw off the yoke of US imperialism’.

The Marxist-Leninist-Maoist oriented journal Communist International addressed the imminent defeat of the US puppet government in Afghanistan and the victory of the Taliban military forces.

“For many decades, the Afghan people, mainly the poor peasants, were forged in armed struggle against the invading imperialist powers. A large part of the masses fought and now fights against US imperialism, but under reactionary banners, black banners of reaction, Taliban banners,” the Maoists stated.

The magazine’s editors also point out that the problem “is not that [feudal forces] are part of the front”, referring to the United Front against the US invasion, but: “the problem is that these [feudal] forces are pushing forward”. According to the Maoists, it was the revolutionary proletariat, through its Marxist-Leninist-Maoist Communist Party, that should lead the Anti-Yankee united front as the only condition for carrying forward the national liberation struggle uninterruptedly to the Democratic Revolution and on to Socialism. Therefore, in the absence of the Maoists, “the masses are fighting under the banner of the Taliban, mainly because they were given the false promise that they would liberate the Afghan people from the vulture that is US imperialism”.

The magazine also points out that the “peace agreement”, signed in Egypt in February 2020 by the Taliban and the US government, already indicates that the imperialist domination will continue, in new forms. The document deals with the conditions for the withdrawal of US troops. “Although the US puppet regime is falling and the imperialist troops are withdrawing from the country, the conditions of the ‘Afghan peace agreement’ indicate that the masses will still not free themselves from the yoke of US imperialism”.

Considering the peace agreement, the Maoists emphasise: “The only force capable of liberating an oppressed nation (like Afghanistan) from the yoke of imperialism is the poor peasantry led by the proletariat, under the leadership of its Communist Party. The only way for the liberation of the masses in the oppressed nations is the New Democratic Revolution through people’s war. Until it begins, we will clearly see that US imperialism or other imperialists will continue to dominate the country; the Yankee will continue to suck the blood of the Afghan masses. Even so, the outcome of the end of the war, with the events that have taken place at this moment, shows us something of vital importance.

Imperialism is on the strategic defensive

In its final passage, which deals with the defeat of the US-lackey Afghan government, the Maoist journal points out that “imperialist wars of invasion can no longer succeed as they used to, when they were established on solid foundations. Imperialism is in total crisis”.

What, then, would the military defeat of US imperialism represent? The magazine answers: “A signal to the masses of the world: that we live in the historical era where the tides have turned. Imperialism is at the stage of its strategic defensive and sweeping the world, and the world proletarian revolution is at the stage of the strategic offensive”, the Communist International magazine points out.

Afghan people will have to deal with the Taliban

Reports abound right now about the seizure of the capital of Afghanistan that ultimately call for a new foreign intervention against the “Taliban barbarism”. By obfuscating that this is an action of the National Resistance, whose expression is the Muslim group (but not only this one), what the reactionary media monopolies (as well as the so-called “progressive” media) do is to mould their “analyses” to what the empire commands, as part of their strategies of imperialist domination.

With the recent military victory of the Afghan people, and the Taliban who until now were part of it, a new chapter in the class struggle in Afghanistan will be opened. It will be up to the Afghan masses to decide about the feudal forces, now that imperialism has been driven out: how and why to fight them.

As A nova Democracia has already said, in the 2018 article “US General Admits Defeat in Afghanistan ‘We Cannot Win This War'”: “The withdrawal of US troops and other invaders acting under their command represents a war victory of the national resistance led by the guerrilla and National Resistance fighters. At the same time, once imperialism begins to use more sophisticated forms of national domination (such as economic, political, cultural, etc. domination), leaving aside war as a form of domination, these forces tend to capitulate and collaborate with imperialist domination, in exchange for being the bosses of the day who administer the semi-colony”. Thus, the saga for the total emancipation of the Afghan people is far from over.

Nearly two decades after the US invasion and some 2 trillion dollars later, the main legacy left by the US in Afghanistan consists of atrocities committed by the US military, CIA units and Afghan lackey forces, as well as unofficially funded death squads. These include arbitrary bombings, night raids on villages that have become summary execution camps, torture of people in custody and abductions. 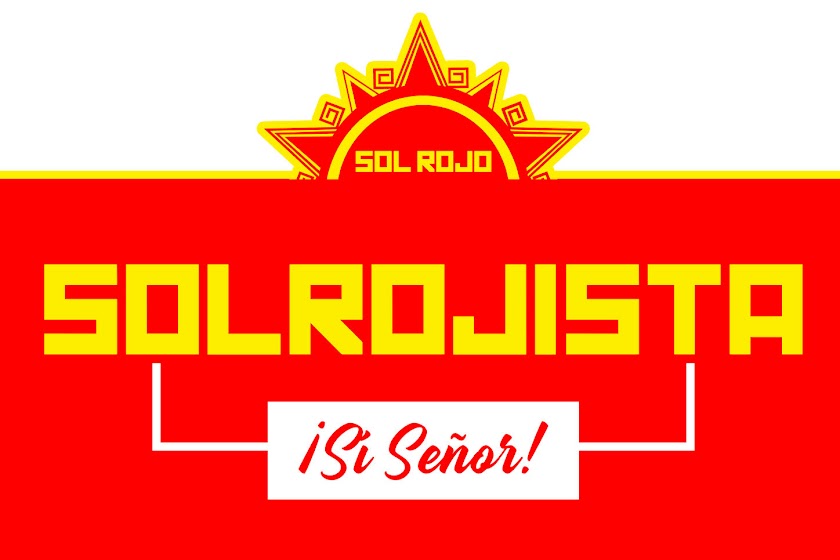