Resolution by the VII. Meeting of Marxist-Leninist-Maoist Parties and Organisations in Europe

Resolution by the VII. Meeting of Marxist-Leninist-Maoist Parties and Organisations in Europe

We, the Marxist-Leninist-Maoist Parties and Organisations in Europe, greet with our deepest proletarian pride the International Communist Movement (ICM), the international proletariat and the peoples of the world who steel themselves day by day in the struggle against imperialism, revisionism and reaction on the path to swipe them away from the face of the earth. With this resolution we greet especially the Marxist-Leninist-Maoist Parties and Organisations of Latin America where the proletariat and struggling peoples show that the whole continent transformed into a furnace of the world proletarian revolution. All of the contradictions of international class struggle manifest themselves in the respective countries in the highest and mightiest dimension, here over and over again mighty prairie-fires of mass struggle are set ablaze by sparks which show that we are entering a new period in which a revolutionary situation in uneven development unfolds itself in the whole world and revolution is the historical and political main tendency.

First and foremost we have seen the struggle of the poor peasants of Brazil who especially in Rondonia conquered the land of the big landowners and defended it against a superior military force in nine month of constant struggle and the encirclement campaign of the old Brazilian state which was unfolded especially in April of this year. A struggle which had justifiably a strong echo in numerous solidarity actions in over a dozen countries. A struggle which has shown vividly the mighty role of the peasantry, especially the poor, in the world proletarian revolution as its main force. The Agrarian Revolution, waged as part of the New Democratic Revolution, is a struggle which has shaken the reactionary regime of the lackey of the Yankees Bolsonaro so strongly he was forced to denounce the “League of poor Peasants” (LCP) – the vanguard of the revolutionary peasant’s movement of Brazil – publicly and in front of the whole country. At the same time his regime does not find peace in the fortresses of reaction – the metropolitan and big cities of the country -, because the people unfold their combative protest movement there too, as it was seen powerfully on the weekend of the 29th of May.

The role of the peasantry and its revolutionary force under the leadership of the proletariat is also showing in Ecuador where the revolutionary peasants unfold the struggle agains imperialist finance capital, bureaucratic capitalism and their big mining companies. A powerful assembly of the “Committee of poor Peasants of Cuenca del Río Mira” together with other peasant’s organisations was held in March of this year. Similar to Brazil this struggle of the poor peasants is also criminalized and combatted by the government of the country as it was confirmed by the respective visits of the Governor of Imbabura and the general commander of the police, General Tannya Varela, in Buenos Aires, Imbabura in April and May this year. The poor peasants develop in their struggle actions like street blockades, campaigns against evictions and setting fire to the mining camps as it was conducted in Santa Lucia, Buenos Aires in August 2020. The mining companies – especially the company Harine – now increase their struggle against the poor peasants by starting to put the region in a state of siege and to hinder the population in their free movement and to harass them. This struggle unfolds at a time in which a new, even more reactionary regime is taking over the wheel of the old Ecuadorian state in service of Yankee-Imperialism. At the same time four out of ten Ecuadorians live in total poverty and unemployment and underemployment are at 74 percent, while the cost of living is getting higher constantly. A leading role in these struggles plays the “Frente de Defensa de Luchas del Pueblo del Ecuador” (FDLP-EC), while revisionism meets its absolute bankruptcy.

Another country in which the worldwide revolutionary situation in uneven development powerfully showed itself is Colombia where the reactionary tax-reform of the government was the lighting spark for a prairie-fire. Since the nationwide strike on 28th of April this mass struggle has shown that the Colombian people is willing to pay its blood-toll and to struggle again and again with an unbending spirit. This is not changed through the over 70 dead, numerous injured and abused and over 1400 prisoners of this uprising. It is proven by the hundreds of injured police officers on the side of reaction, the destruction of the infrastructure of the reactionary state and the banks and the thousands of mobilisations on the side of the people. The Colombian people are screaming for a leadership in its struggle and the Maoists of the country have proven that they are willing to give this leadership as a new force which is entering the stage. Therefore we greet the Comrades of the Communist Party of Colombia (Red Faction) at this instance.

These three countries present with undeniable clarity the new period which we enter, rising like a mighty storm and shaking the conditions in the so-called “backyard” of Yankee-Imperialism. Also the Comrades in Mexico show with their massive mass mobilisations an unbroken will to fight in a country in which they are confronted directly with Yankee-Imperialism and its government of lackeys as well as bloodthirsty drug cartels.

At the same time the struggles of the oppressed peoples in other parts of the world have not stopped As the Palestinian people in their resistance against the continuing genocide has shown once again after this struggle was believed dead by some reactionaries.

The revolutionary situation in uneven development in the world as well as the revolution as the historical and political main tendency are material reality which is expressed in the mass struggles all over the world and especially in the People’s Wars in the World, in Peru, India, Turkey and the Philippines. It is confirmed that we live in times of war and not of peace. In this situation the Comrades in India in a one year campaign celebrate 20 years of existence of the People’s Liberation Guerilla Army (PLGA) which is marching forward in the People’s War in India under the leadership of the Communist Party of India (Maoist).

This new situation which we enter fills us, the Marxist-Leninist-Maoist Parties and Organisations in Europe, once again with deepest proletarian internationalist spirit, knowing that we are one class with one flag and one ideology. In this spirit we call for actions of class solidarity to propagate and support the struggles and events which were named here but also those which develop in other parts of the world. We do this as a powerful symbol of a worldwide united proletariat which is screaming for its New International Organisation which will emerge from the conduction of the Unified International Maoist Conference.

Long live Maoism – Down with revisionism! 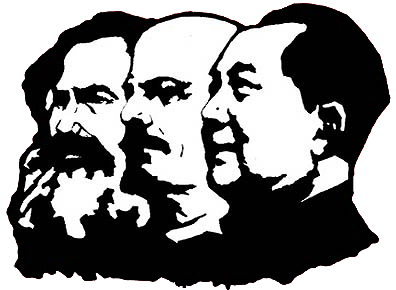