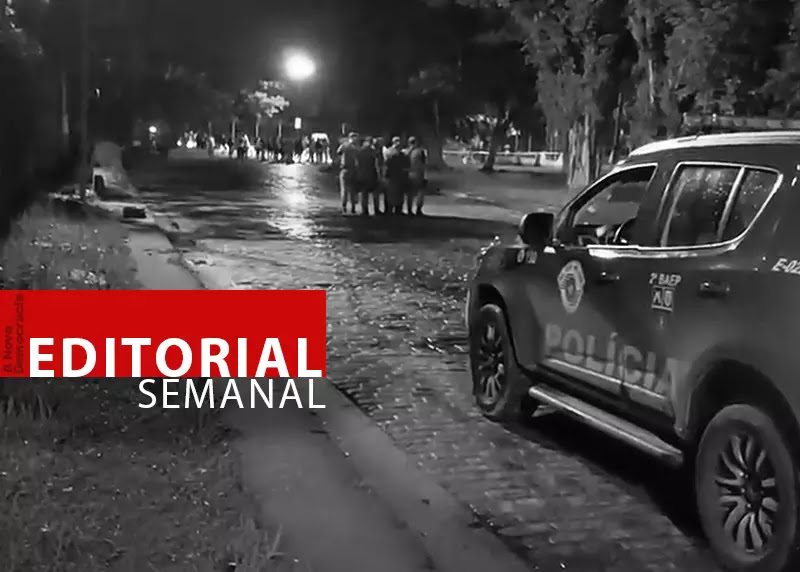 The Brazilian crisis, as we have said so many times, is far from a conclusion. The anticipation of the 2022 electoral campaign, which gained a new ingredient with the entrance of former judge Sérgio Moro on the scene, reveals the level of division existing between the ruling classes and the predominance, so far, of the same false polarization that occurred in 2018.

In this scenario, there are situations that are a kind of sign of the times. The already famous PEC of Precatórios – called PEC of the default -, approved amidst heavy and explicit negotiations, is one of them. Something around R$ 1 billion reais in amendments was destined to vote buying. Furthermore, a large part of the resources raised with the eventual approval of the text – besides that destined to fund the “Brazil Aid” – will be used to finance new parliamentary amendments in the middle of an election year. It is the association of the politics of hunger with the politics of banquet: the former, for the workers/electors, the latter, for the colonels/candidates.

Following to the letter of the World Bank, applied in Brazil by all governments since the so-called redemocratization, the welfare policies only replace with one hand what the anti-popular and anti-national counter-reforms take away with the whole body. The exorbitant profits of a handful of Petrobras shareholders remain preserved, for example, while reactionary politicians amass votes by handing out vouchers, which amount to only an irrelevant fraction of what has been stripped from the sweat and blood of the population. This also goes for trampled labor rights, the protection at any cost of the agro-export sector, and so many other evils. Those “programs” finance less the direct beneficiaries than the parasites of the Nation, by assuring the conditions for the continuation of their vile transactions. In truth, as we can see, illegal corruption only serves to oil the great legalized corruption practiced every day against millions and millions of workers, resulting from the subjugation of a bureaucratic-semifeudal nature, servile to imperialism, which has plagued Brazil for five centuries. About this last one, not a peep from the bourgeois analysts, salaried lackeys of the most cynical and crude reaction.

Those who defend the possibility of ending these evils through elections are, therefore, mistaken. On the contrary, the billionaire farce – which is also financed with money extorted from the population, the source of so many other benefits and commissioned positions – can do nothing to change the current economic order, but serves to legitimize and prolong it over time. In this scenario, both the so-called “third way” and “polarization” are false discourses, without the slightest correspondence to reality, which are only valid for repetition. Although there are many candidates, with different nuances and approaches (more the result of marketeers’ tricks than ideological distinctions), all are aligned in the defense of “order” and the “Constitution”, in other words, in the maintenance of the daily massacre of the masses; and, consequently, there is no effective polarization among these candidates, but only different tactics to apply the same interests of the dominant classes. These are, moreover, safeguarded by institutions that are immune to any external control and vote, even formally: the Judiciary and, in last instance, the Armed Forces. What a beautiful bourgeois democracy!

Against this hypocrisy – which cannot even be called well-organized – there is only one path: that of independent and combative struggle, built by democratic organizations that are the antipodes of all reactionary instances. And this path, so well expressed in the victorious peasant mobilization in Área Tiago dos Santos, in Rondônia, will open up and strengthen itself, through all the zigzags and vicissitudes of the class struggle.