FOR HIS GLORIOUS TRIUMPH FOR MAOISM, PEOPLE’S WAR, THE PCP AND PROLETARIAN WORLD REVOLUTION, AND CELEBRATION OF THE 29TH ANNIVERSARY OF HIS SPEECH

On the 11th of this month, Chairman Gonzalo gave his life for the unfading Marxism-Leninism-Maoism, the Party, the People’s War and the Proletarian World Revolution in the ultimate shining trench combat of the Callao Naval Base.

The reactionary government headed by the opportunist “rondero” Pedro Castillo Terrones has consummated the counter-revolutionary plan of annihilation of Chairman Gonzalo seeking to destroy the leadership and his all-powerful Gonzalo thought. By sacrificing his own life Chairman Gonzalo has crushed the plan of the CIA-Yankee-Peruvian Reaction-ROL.

With the deepest class hatred we crush, condemn and reject this horrendous and unfathomable crime against Chairman Gonzalo consummated by mandate of the President of the old Peruvian State Pedro Castillo Terrones. This reactionary government headed by opportunism has taken off all disguise to cover itself with counter-revolutionary genocidal infamy, which none of its predecessors wanted to assume, emulating only its master the fascist, genocidal and fatherland-selling Alberto Fujimori. The people and only the people with people’s war will apply the due punishment for the immense and ignominious crime to all these miserable imperialist reactionaries and traitorous rats of the ROL.

The reactionary plan applied with extreme cruelty for nearly 29 years always crashed against the unbending, fierce resistance of the great proletarian leader, great communist, who, having become a prisoner of war of the old Peruvian State, transformed the concentration camp of the Callao Naval Base into the ultimate shining trench of combat.

With his heroic sacrifice, Chairman Gonzalo has crushed the revisionist and capitulationist right opportunist line, headed by the rat Miriam. ROL, who called to end the people’s war, renouncing Chairman Gonzalo, Maoism, Gonzalo Thought, the Basis of Party Unity approved at the 1st Congress of the PCP, all in exchange for better prison conditions crying on their knees for amnesty to serve the plans of imperialism and reaction to destroy the Party Leadership and Gonzalo Thought, serving the absolute and perpetual isolation of the Chairman for nearly 29 years.

Chairman Gonzalo, like the communists, the fighters and the sons and daughters of the masses during these more than 41 years of people’s war, raising ideology, courage and heroism boldly unfolded in the fiery challenge of war, gave his life for the people’s war.

Chairman Gonzalo has won a great political, military and moral victory for Maoism, the Communist Party of Peru, the People’s War, the democratic revolution on uninterrupted march to socialism and communism, for the class, for the Peruvian people and the peoples of the world, for the international communist movement. September 11 will be remembered by all the communists of the Earth for this great historical significance of universal scope, which is the closing of a period and the seal of the opening of the new period of revolutions.

We call upon the parties of the International Communist Movement, the revolutionaries and peoples of the world to jointly carry out the International Campaign for the Defense of the Leadership of Chairman Gonzalo and his all-powerfull Thought, which begins with the international day of action this September 24, the day celebrating the 29th anniversary of Chairman Gonzalo’s speech, which shines victorious and defiant before the world as a weapon of combat of communists, fighters and masses. Let us unite under the very red – even redder by the blood shed heroically, historically in torrents by Chairman Gonzalo – flag of Maoism raised at the highest summit.

We call for the International Day of Action as the beginning of the campaign that should express and honour the life and work of Chairman Gonzalo, the great triumph conquered through his heroic death.

The international day of action should be a celebration of the political, military and moral victory of the People’s War in Peru won by Chairman Gonzalo. His heroic death illuminates and shakes the world, giving us a great victory for the world proletarian revolution, the defence of Maoism, the people’s war and the Party and a resounding blow against imperialism, reaction and its lackeys of the new revisionism headed globally by the rats of the revisionist and capitulationist ROL. 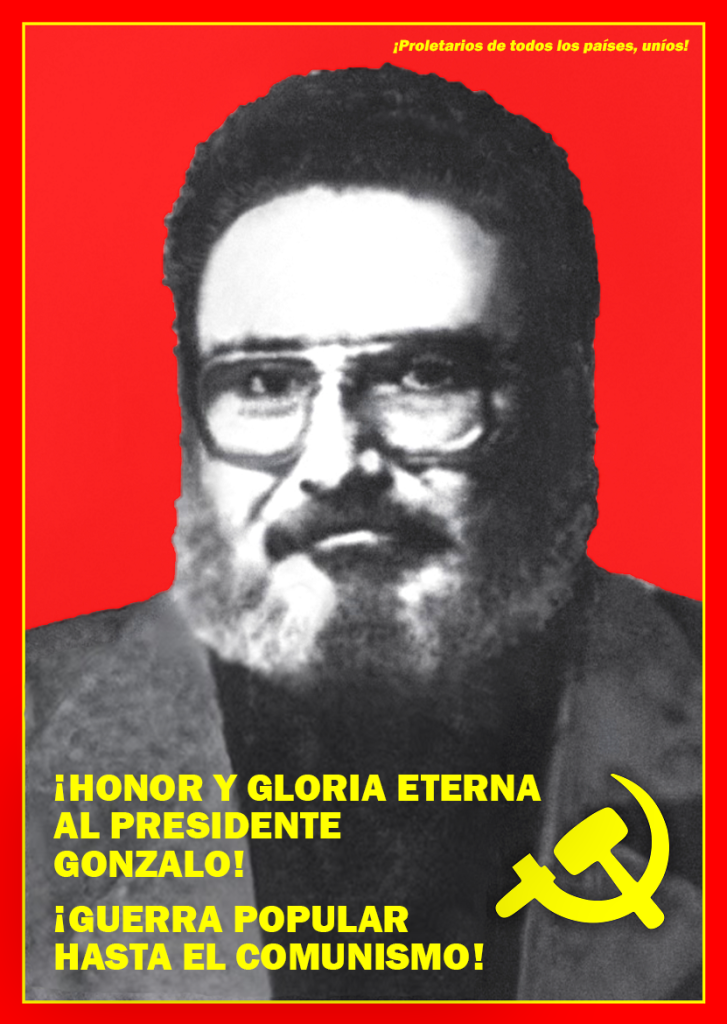 Poster to be used for the day of action 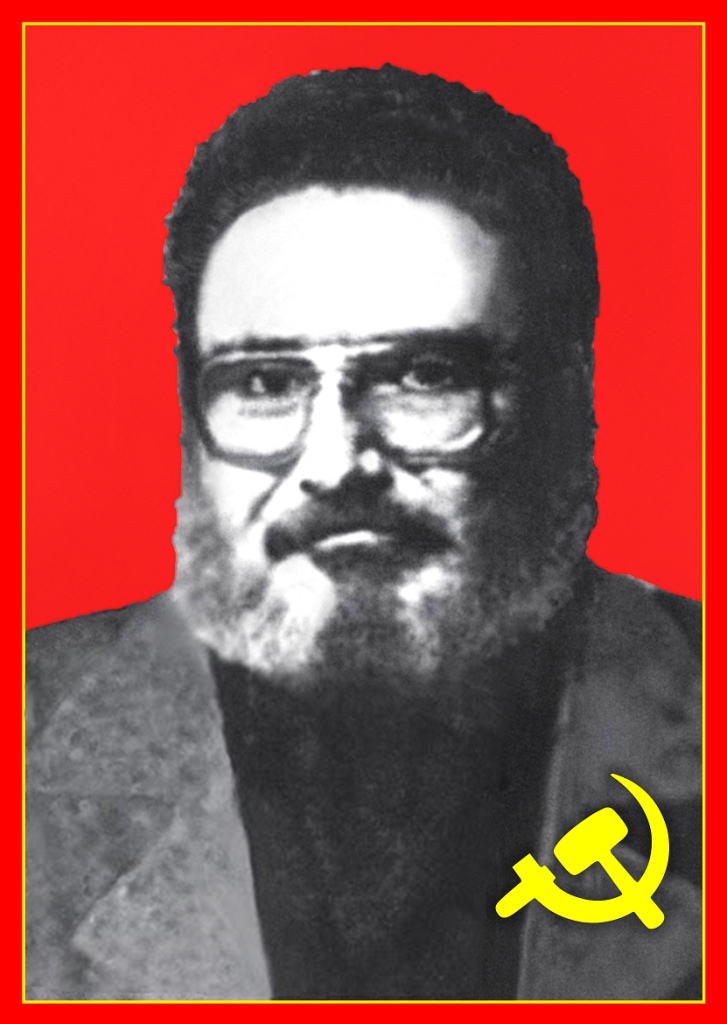 Blank poster for the translated slogans