POLITICAL SITUATION AND THE TASK OF THE DEFENCE OF PRESIDENT GONZALO

Statement of the Popular Movement of Peru (MPP) with the adhesions of the Parties and Organisations of the International Communist Movement (ICM), which to date have been sent to us. We will be updating it as more adherents arrive.

POLITICAL SITUATION AND THE TASK OF THE DEFENCE OF PRESIDENT GONZALO

„The fact that reaction uses opportunism and revisionism in its desperate reactionary way out of the crisis and to postpone the revolution is a further political proof of the maturity of the objective and subjective conditions for revolution throughout the world. This proves that revolution is the main historical and political trend in the world today, that it is expressed mainly in the oppressed nations, where the main contradiction oppressed nations-imperialism is developing; the oppressed nations which are the basis of the world revolution, where the majority of the world population lives, of which the overwhelming majority is made up of the peasantry fighting for land, the main force of the democratic revolution led by the proletariat through its party, which carries it forward by means of People’s War.

(„CELEBRATE THE DAY OF HEROISM MILITANTLY!“; Declaration of the Maoist Parties and Organisations, June 2021)

The People’s Movement Peru, the PCP’s created organism for the work abroad, has clearly stated its position against the new reactionary government of the old landlord-bureaucratic state in the service of mainly US imperialism, which can be summed up as follows:

Our problem in the face of the new reactionary government headed by the opportunist rondero Pedro Castillo Terrones is that the masses should not be deceived, that is our problem.

For us the problem is reduced in synthesis to one: to persist in the general reorganisation of the Party (GRP) in and for the People’s War in order to continue developing it to conquer power in the whole country, thus culminating the democratic revolution, to pass immediately and without any interruption to develop the socialist revolution with the People’s War and through successive cultural revolutions to enter with all humanity into the ever golden communism.

The GRP demands that we hold firmly to the great leadership of Chairman Gonzalo and his all-powerful Gonzalo Thought, to the 1st Congress and to the Basis of Party Unity with its three elements: Marxism-Leninism-Maoism, Gonzalo Thought, mainly Gonzalo Thought, the programme and the general political line with its centre the military line, smashing the rats of the revisionist and capitulationist right opportunist line, to further develop the People’s War serving the World Revolution, and fight against whoever, but we will serve communism to settle on Earth. All of which is firmly established in the Party by our great leadership. Chairman Gonzalo’s great leadership is the guarantee of victory that leads us to communism.

On July 28 last, the new president of the old Peruvian state, the opportunist rondero Pedro Castillo Terrones, on being sworn in before the reactionary parliament, undertook to carry out the three reactionary tasks, namely, to give new impetus to bureaucratic capitalism, to restructure the old state and to annihilate the People’s War, the fulfilment of which are a historical and political impossibility.

Days later, this new reactionary government headed by Castillo, through the mouths of its most notorious representatives and, specifically, through the communiqué of the Presidency of the Council of Ministers (communiqué of August 3, 2021), has affirmed its “commitment to democracy… and rejection… of terrorism”. This communiqué is a position taken by the three reactionary tasks, the necessity of imperialism and reaction, which as a reactionary government it has assumed in defence of the system of exploitation of the old semi-colonial and semi-feudal Peruvian society in which bureaucratic capitalism and the old state that sustains and defends it, is in general crisis and which has been in the process of being swept away by the People’s War since May 1980.

Specifically, the Prime Minister’s communiqué of August 3 is the formal declaration that the new reactionary government assumes the third reactionary task of annihilating the People’s War.

The above-mentioned communiqué lays the basis for the continuation of the counter-revolutionary war or “low intensity war” led by US imperialism under the new conditions. That, concretely, aims with the service of the rats of the revisionist and capitulationist ROL to annihilate the great leadership of Chairman Gonzalo in order to annihilate the Party, the heroic fighter who leads the revolution and, therefore, to try to prevent the general reorganisation of the Party.

The above shows unequivocally that the new reactionary government of the old and rotten Peruvian state, like its predecessors – counting on the service of the rats of the revisionist and capitulationist right opportunist line (ROL), under the direction of the Yankee CIA – as part of its “low intensity warfare”, continues to implement the plan to annihilate Chairman Gonzalo, maintaining his absolute and perpetual isolation in the concentration camp of the Navy Base, which is now nearing its 29th year.

The annihilation plan of the Yankee-CIA – Peruvian-reaction – ROL rats against Chairman Gonzalo is the most sinister and cruel, slow but sure plan to assassinate the most important revolutionary prisoner of war in the world. A sinister reactionary plan which meets with the most resolute rejection, condemnation and crushing by all communists and revolutionaries of Peru and the world, because Chairman Gonzalo is the great leadership of the Party and the Peruvian revolution, he is the recognised leader of the world proletarian revolution, he is the one who has defined Maoism as the third, new and higher stage of the ideology of the international proletariat and, with the People’s War in Peru, has demonstrated its invincibility and universal validity. People’s War until communism!

The enemy’s plan and treatment of Chairman Gonzalo has been denounced not only by the MPP, but also by the Maoist Communist Parties and Organizations all over the world who denounce, condemn, smash and sweep away the enemy’s sinister plan against our leadership. The national and international campaign for the defence of the health and life of Chairman Gonzalo is getting broader and deeper.

It is also necessary to make known that on July 20 the Peruvian reaction officially announced that Chairman Gonzalo had undergone medical treatment. Two days earlier the rats of the ROL made a statement begging that the rat Miriam be allowed to visit him and they have continued to request it.

The International Communist Movement (ICM) is aware of the campaign to assassinate Chairman Gonzalo and the complicity of the ROL rats. It is a possibility that they will make progress in realising their black aims. Let us remember that the ROL rats, in the year 2000 as part of their “political solution”, declared that it was no longer necessary to defend the life of Chairman Gonzalo, vainly seeking to deactivate the international campaign for the defence of the life and health of the Chairman. That after some time, they published an apocryphal book (“De Puño y Letra…”) with a prologue by the rat Miriam where she wrote that “Chairman Gonzalo is no more”. That is to say that he was no longer the great leadership of the Party and the revolution and they have called for a revisionist “second congress” to seek to disregard the great historical milestone of the Party and the international communist movement (ICM), the 1st Congress of the PCP, a Marxist congress, Marxist-Leninist-Maoist, Gonzalo Thought, mainly Gonzalo Thought, congress.

With this background, if the enemy intends to consummate the assassination of Chairman Gonzalo and will go so far as to present some mammoth “last will” through the rat Miriam – we have to remember Lenin’s infamous “testament”, which he never dictated because he could not express himself. The ICM is well prepared to give an accurate response to these atrocities. We want to remind those who are preparing and assisting this sinister criminal plan, that, when the time comes, the price they will have to pay will be proportional to their abominable action and no one will be able to prevent the river from overflowing.

Against all this we call for:

Move heaven and earth to defend the life of Chairman Gonzalo and his almighty Gonzalo Thought! 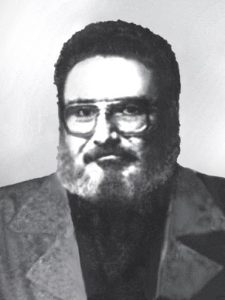 Committees for the Foundation of the (maoist) Communist Party of Austria

Committee to Reconstitute the Communist Party of the USA