Joint International Declaration: Kaypakkaya is a rupture with the bourgeois line and the birth in the proletarian line!

Kaypakkaya is a rupture with the bourgeois line

and the birth in the proletarian line!

While the imperialist-capitalist system continues to crumble, it maintains its parasitic colonialism throughout the world with blood, tears and pus oozing out from all its pores. Economic-political crisis and wars on regional level sharpen the conflicts between the imperialists and further escalate the struggle for further division. The direct consequence of this situation are unjust wars, increasing poverty, millions of so-called refugees, growing reactionary and fascist organizations and a spreading of government violence. While there is this brutal order of exploitation and its consequences on one side of the picture that we are facing, on the other there are the popular masses, the revolutionaries and the communists, that fight against all this reaction and barbarism and that resist all forms of aggression.

This is why the counter-revolutionary wave that we are confronted with does not intimidate us. We know, that when masses carry a revolutionary political consciousness and act upon this consciousness, it will be seen that the imperialists and their lackeys are merely “paper tigers“. Time and again the history of the class struggle has shown, that when the masses rise with revolutionary consciousness, there is no force that can withstand it. In the historical context that we are in, this is precisely the reason why ideological clarity and practical audacity is required more then ever. The masses need political organizations and practical guidance, that is equipped with this clarity.

On the 48th anniversary of the murder of comrade İbrahim KAYPAKKAYA we see once again how important it is to understand and grasp the political leaders and guidance that have achieved a historical breakthrough in their lifetimes and to be inspired by them. Comrades like İbrahim KAYPAKKAYA and similar communists reflect not only the values of one country, but, furthermore, shared values of the international proletariat and are part of our common history. For exactly this reason, their teachings, their ideological positions and their political-practical audacity are considered part of the collective memory of the communists. In our persistent struggles, they continue their historical roles as guides.

The history of class struggle can only be made by daring political and practical steps. To achieve a resistance or a contradiction and an alternative to the obvious, to the accepted, against the prevailing, the conventional, the taught thoughts and the prejudices, the dogmas and the status quo is only possible, when we tear apart the “garment” that the system of exploitation and plunder has “put on us” in a way that not the smallest shred of cloth remains on us. If we even carry the smallest bit of the system on us, it is difficult and, in the end, impossible to realize a radical rupture from the system. It would mean, that we would – in one way or another – unite with the existing system on the ideological or practical plane. The fact that the capitulation to the bourgeoisie – despite the high prices paid, in the various regions of the world, from the past to the present – still takes place, is a proof of this. As an antidote to such ideological positions, comrade İbrahim KAYPAKKAYA existed as an embodiment of the total rejection of the given system. His teaching and his guidance have not ceased.

In all parts of the world many revolutionaries and communist have existed, of which each has contributed significantly to the struggle for the revolution and communism. Some of the various revolutionaries and communists that dedicated their live for the struggle for the revolution and for socialism, and that laid the brickwork for the world revolution through their labor, their blood and their souls, have assumed a special position with their historical ruptures, their political audacity and their ideological clarity. “Breaking the ice and opening the path”, they have assumed the function of the Pole Star. These personalities, that arose in the most critical moments in the history of class struggle, built the future in the moments they lived in. And despite all counter-efforts of their class enemies, their thoughts became and continue to be guiding, also as they are hoisted be the following generations. Comrade İbrahim KAYPAKKAYA, in his short life within the history of the class struggle, was the carrier of such a mission.

As all the other revolutionary and communist leaders, comrade İbrahim KAYPAKKAYA is a direct product of class struggle. Through the participation in all areas in which the class struggle of the country he lived in sharpened, he made the dialectical epistemology of “practice-theory-practice” the fundamental foundation for the emergence of the ideological-political-organizational framework of the TKP/ML. At the same time he thoroughly investigated the class struggles experienced on international level and the ideological conflicts and constructed his thought step by step based on all these questions. He became the representative of Marxism-Leninism-Maoism in Turkey.

İbrahim KAYPAKKAYA is the re-blossoming of the persistent class struggle in Turkey based on the Marxist principles. First and foremost, he is the ideological rupture and a rebirth. Because he intellectually and practically differed from all the petty-bourgeois, opportunist, revisionist and parliamentary attitudes, that until then trafficked in the name of the proletariat and the oppressed laborers and claimed to act for them. In this regard, he realized principled ruptures. He is a rebirth, because he not only distinguished himself from his predecessors and those who existed back then, but he simultaneously constructed the path of true liberation for the proletariat and the oppressed laborers. In Turkey, he was the one to outline the Red Flag, which was to be waved in the callused, destroying and constructing hands of the most revolutionary class, the proletariat, and hoisted on the bastions of the bourgeoisie.

İbrahim KAYPAKKAYA was a great student of the social-political revolution in Turkey and of Marxism-Leninism-Maoism, the newest stage, which was achieved in the historical progress of Marxism-Leninism through comrade Mao. He achieved this through the theoretical, political and organizational line put forward by him. He made a historical step by pointing out the necessity for a guiding and leading force in Turkey. He connected the inevitable flow of history and the dialectic of this flow to the point, to which comrade Mao has carried Marxism and he concretized the path of the revolution as People’s War. With the guidance of the Great Proletarian Culture Revolution he formed the Party. Comrade KAYPAKKAYA developed a merciless struggle against those comprehensions, which took the theoretical products and accumulations of theoretical socialism in the form of a set of dogmatic formulations or absolute formulations. While simultaneously staying true to the roots of theoretical socialism, he developed enormous connections with these roots, connected the past with the present and represents the signal fire for the conquest of the future.

Hence, he is – as he was yesterday, so also today – a torch of the international proletariat, that marches forward on the path of Marxism-Leninism-Maoism. We have the honor to be the successors of this red torch of communism and comrade İbrahim KAYPAKKAYA’s ideological clarity, his political and practical courage continues to be guiding us also on the 48th anniversary of his murder.

– Glory to the victory of the People’s War!

Committee for the Construction of the maoist Communist Party of Galicia 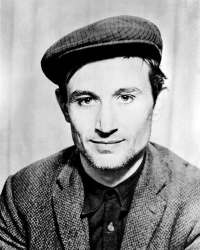