ON THE CURRENT MOMENT

The determined stand taken by the Smolensk Municipal Council has been held up by Proletary, in issue No. 15, as an instance of what might be called “revolutionary selfgovernment” (which Iskra confuses with the slogan of a popular uprising). The Council declared the billeting of the Cossacks contrary to law, stopped all payments to them, organised a city militia to protect the population, and appealed to the soldiers to refrain from violence against citizens.

To illustrate the workings of the same idea and to characterise the moment we are living through, we shall quote from l’Humanité a resolution passed by the Kerch Municipal Council in connection with the recent pogrom in that city.

The Council decreed: 1) that sympathy be expressed to the Jewish inhabitants on the casualties (killed and injured) and the material losses incurred; 2) that two scholarships be established at the local Gymnasium in memory of pupils killed during the disturbances; 3) inasmuch as the local authorities proved incapable and little disposed to protect the lives and property of the population, that payments for the upkeep of the police be discontinued from local funds; 4) that a sum of 1,500 rubles be distributed among the poorer Jews who had suffered most during the disturbances; 5) that the harbour-master be commended as the only local official who had energetically and humanely prevented the further spread of the mass manhandling; 6) that the Minister for the Interior be informed of the authorities’ unlawful behaviour during the disturbances, and a Senate investigation be demanded.

In the measure that the Kerch Municipal Council has, of its own free will, extended the scope of the powers it is entitled to by law, and in the measure that it is participating in the revolutionary life of the whole country, it is embarking upon really “revolutionary self-government”. But where are the guarantees that that self-government will turn into one by the people? And should we Social-Democrats emphasise this “piece of revolution” as the main slogan of agitation, or speak of a complete and decisive victory of the revolution, which is impossible without an uprising? 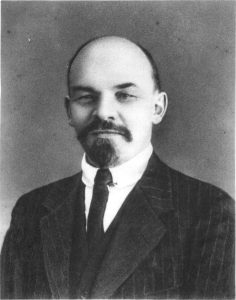